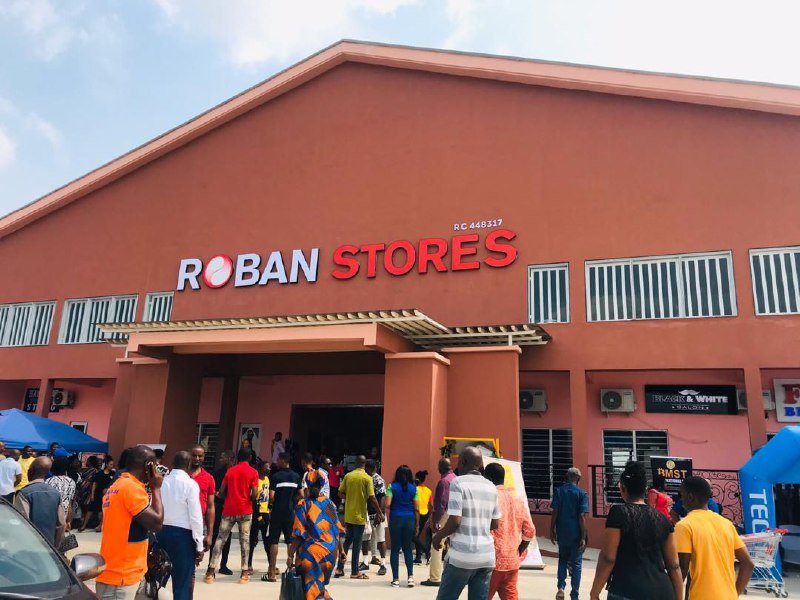 Based on our promise to give you more updates on the suspected armed robbery attack at Roban Stores yesterday, further enquires made by AnaedoOnline revealed that the gunshots heard from the shopping mall were not from Armed Robbers but a warning shots from the Roban Security Men.

According to an eye witness who saw what happened, “a female customer who bought goods from the shopping mall claimed to have made payment online but her payment wasn’t confirmed. She claimed that she has been debited twice, yet the Shopping mall told her it might be network issues that her payment didn’t update in their account.

“The said lady now went out angrily and came back with thugs and insisted her goods must be given to her. It was while the thugs were trying to forment trouble at the shopping mall that the security men where invited. As the thugs were still trying to cause more chaos that one of the security men fired a warning shot to disperse the crowd trying to forment trouble. Due to the current insecurity situation in Anambra State, the passerbys who heard the shots took to their heels and raised a false alarm that arm robbers have attacked Roban Stores in Nnewi.

However, Anaedoonline have reached out to the Chairman/CEO of Roban Stores, Chief Roban Anwatu who also confirmed that there was no arm robbery attack at the Supermarket but the Management are making further enquires to ascertain who the customer was that started all the trouble that resulted their security firing a warning shot.

Roban Supermarket is the first shopping mall in Nnewi, Anambra State and one of the biggest brand name for shopping across South East Nigeria with branches located in Enugu, Awka, Abakaliki and Asaba.