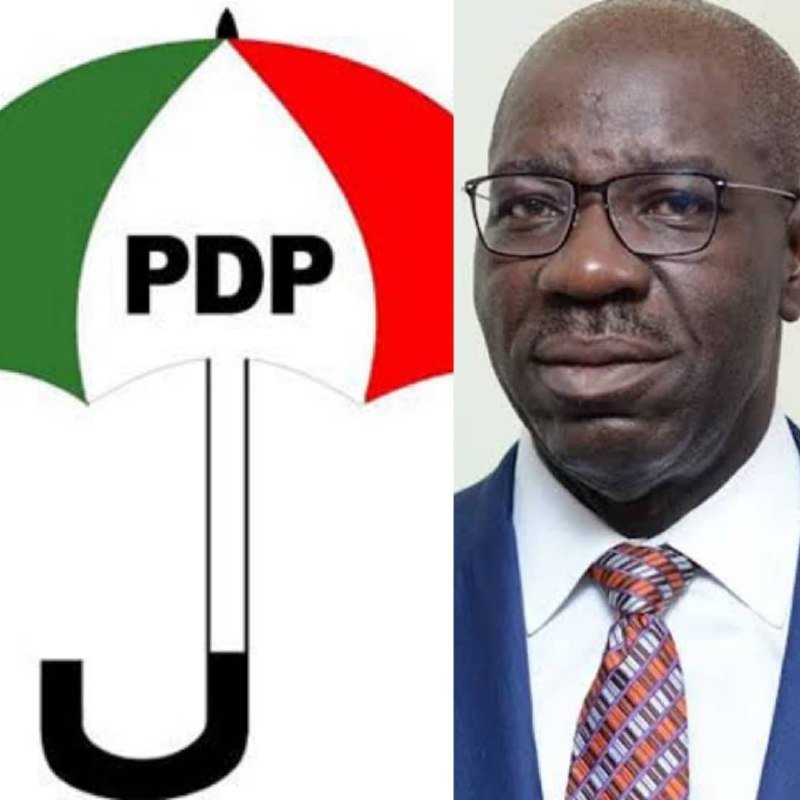 The Peoples Democratic Party on Tuesday admitted to the error in Gov Godwin Obaseki’s University of Ibadan certificate.

The All Progressives Congress had disqualified Obaseki from contesting on the platform due to the error on his certificate. PDP blamed the error in the certificate on the photocopying machine.

The Action Democratic Party and its governorship candidate, Iboi Emmanuel, has filled a petition accusing Obaseki of forgery, giving false information and perpetuating electoral malpractices. The party called on the tribunal to disqualify the PDP governorship candidate for his controversial first degree certificate and nullify the votes cast for him.

Read Also: Obaseki Condemns Attack On #EndSARS Protesters In Benin
It also prayed the tribunal to order the Independent National Electoral Commission (INEC) to conduct a fresh election, involving other qualified candidates, but excluding PDP and Obaseki.
PDP, however, stated there was a mix-up in Obaseki’s admission and graduation year.

It added that the petition was incompetent and statute barred, describing it as a pre-election matter ‘which the tribunal could not entertain’.

It said: “While filling the forms for the election in 2016, Obaseki mistakenly filled in 1976 as the year of graduation, which was actually the year of his admission into UI.”

“At the time Obaseki was completing his Form CF001 in 2016, he deposed to an affidavit, saying he had misplaced the originals of all his certificates, while changing offices, with the intention to apply for a re-issuance of the certificates.”

“Subsequently, before Obaseki submitted his Form EC9 in 2020, the original certificate issued by UI was found, which has the signatures of then Vice Chancellor and Registrar. The original certificate was issued in A5 size. However, in order for the photocopy to be attached to the Form CF001, the size was reduced to A4 and in the process, leaving out some information on it.”

Read Also: You Have 3 Days To Return To Prison – Obaseki To Escaped Benin Prison Inmates

“The tribunal lacks the jurisdiction to entertain the petition because it is statute barred; the issues raised by the petitioners are averments which are not relevant in determining the petition.”

WOW! Nigerian Pilot Set to Tie The Knot With His Lover