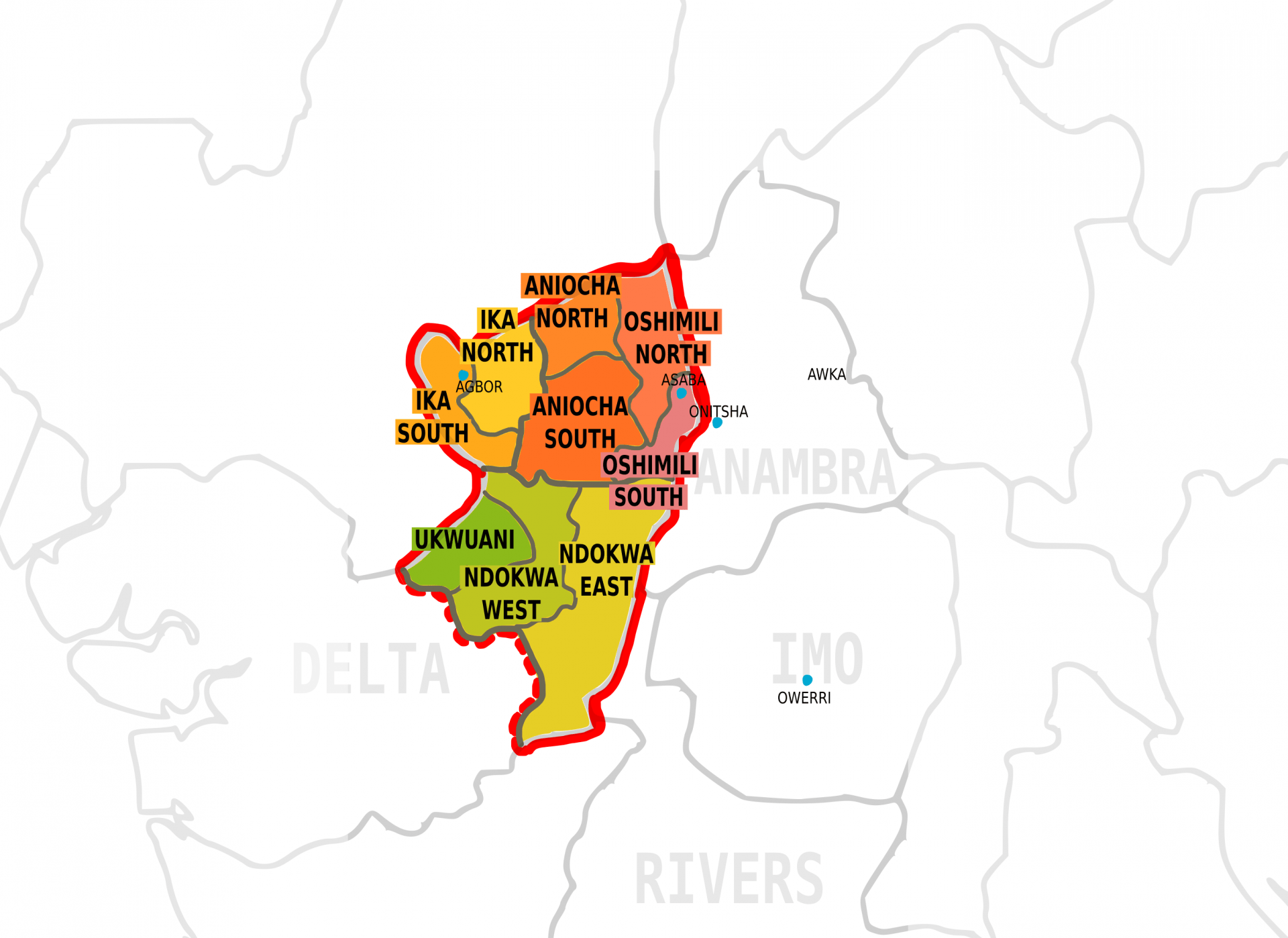 The South East has the least number of states of all the regions in the country. That this is an injustice is not the subject at hand (everyone can see this, honestly, there is no medal for analyzing a problem). The reward is in remedying the problem. The one way that Igbos can feel a repair has been done in the matter of geopolitical regions is by creating a sixth state for the region.

In this post, we took a long look at each of the areas making claims for statehood to make our analysis. There are countless claims coming out from the region or from neighbouring South South and annexed into the South East for a more equal region, but we settled for the five that seem to have more to have the most support for their push for statehood.

Anioma State (for Igbos west of the Niger)

The people of Delta North Senatorial District are sometimes referred to as Delta Igbos are fondly called Anioma people, translated in Igbo into “Good Land”. The areas that make up the region include Aniocha North, Aniocha South, Ika North East, Ika South, Ndokwa East, Nndokwa West, Oshimili South, Oshimili North, and Ukwuani. Of course, we must point out that, not every one considers themselves Igbo.

Anioma has been pushing for a state of their own since 1982 when they were part of Bendel State. Two prominent areas agitating for states with them in 1982 have since become states – Katsina from Old Kaduna and Akwa Ibom from Old Cross River State became states in 1987.

In 1991, Bendel State was broken into two states but no Anioma, it broke into Delta and Edo States but perhaps to compensate Anioma or because their daughter is married to the general in Dodan Barracks, Asaba was made the capital.

Anioma State would be a good way to equalize the number of states in the Southeast without further breaking down the Southeast which already has a smaller land mass compared to others. Asaba is considered the sixth Igbo capital, so the switch should be seamless. Also, the Itsekiris and the Urhobos and the Ijaws who may have felt hard done by the fact that the capital is taken to the bank of the Niger would welcome, with glee, the capital to Warri.

Anioma’s odds of happening are rather high.

According Daily Trust, “Adada state is the oldest yet to be realized demand for creation in Nigeria.” It was said to have been first made in 1983 by Yunusa Kaltungo, a House of Representative from Bauchi State, as a result of what he said was “imbalances in state creation in the country’, especially in what became the Southeast today.

The same request was said to have been made before the Mbanefo Panel on State and Local Government Creation and Boundary Adjustment. However, Abacha only created Ebonyi State when Ebonyi and Adada could have been created to make the South East region six and make the South 18.

Today, this goal is still alive. The Nsukka sub-ethnic group is arguably the largest Igbo group living together. They occupy six or seven local government areas depending on how you count Isi-Uzo LGA. With Nsukka posed to be the capital, the Adada State is one of the most likely state to be created in the South East.

Coincidentally, Adada borders Idomaland who are pushing for Apa State.

Aba State (for the Ngwa people)

So far the people of Ngwa made up the local government areas of Aba North, Aba South, Isiala Ngwa North, Isiala Ngwa South, Obi Ngwa, Ugwunagbo, and Osisioma Ngwa. Ukwa East and West Local Government Areas could also join the state. The Ngwa region is so big it not splits into Abia South and Abia Central senatorial zones.

Despite the fact that Aba has a strong claim for a state of their own, the region hasn’t been firm in agitating it.

Orashi State is the proposed state that would take all the Igbo-speaking part of Rivers State and make them one State plus a couple of Local Government areas in Imo State. The LGAs in Rivers include Ahoada east, Ahoada West, Abua Odua, Ogba/Egbema/Ndoni Emuoha, and parts of Degema.

Oguta and Ohaji/Egbema are two areas that could join the State. Some even see it as an Oru agitation with Oru East and West and other Oru-leaning people in close-by areas joining.

Orashi is named after a River in Rivers State with Port Harcourt suggested as the capital. But this one is expected to have a strong push-back. For one, what is left of Rivers State will fight to keep Port Harcourt; for another, a sizeable percentage of the people do not consider themselves Igbo and wouldn’t look favourable to having to come together with Imo (or without) to form a sixth State for the South East.

The people of Old Aguata, comprising Orumba North, Orumba South, and Aguata Local Government Areas are not unique in just Anambra State. Their kins can be found in Imo State (a large chunk of the Orlu Zone including Orlu, Orsu, Njaba, Ideato North, Ideato South council areas etc), plus singular LGAs in Enugu and Abia States.

This state is championed mostly as a creation for Imo and Anambra people. But by making the argument that this Imo-Anambra birth is a matter of culture and dialect, the people of Oji River, Enugu State and Umuneochi, Abia State are inclusive.

Orlu town is heavily favoured to be the capital. Ekwulobia and Umunze can also be considered.