Which Southeast State Should You Locate Your Tech Startup? 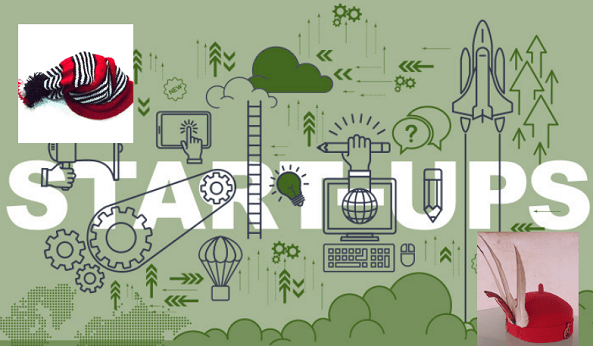 A week or two or three back, we published reasons why you should situate your startup in Nnewi, Anambra’s billionaires’ city. You should read the post here. Today, we would be looking at South East States as a whole and asking the question, which of the states to set your startup? For the purpose of this research, Asaba is considered part of the South East.

Now, rather than pick up a state as the place with the best opportunities for startups, we chose to mention all the states and highlight their strengths and weaknesses one by one. Asaba is filed under Anioma. We rank the states alphabetically.

Note that when we talk startup, we are looking at tech – businesses you can make money 24/7 and can be accessed majorly via internet. Your barber’s shop or nkwobi joint is no startup. Thanks.

Abia State should be robbing shoulders with Anambra in terms of commerce, they have the commercial and industrial city of Aba. The only problem with Abia is the lack of governmental investments. Abia State has the worst road network in the region. Aba which should be the shining light in the Abia hill is the symbol of its rot and neglect.

But can you set your startup in Aba in spite of its ailing infrastructure? Yes, you can and perhaps you should. The industrial spirit in Aba, the fact that money exchanges hand in giant wads in Aba means that the city can inspire and finance a unicorn idea.

The average power supply and restiveness would just be prices you pay.

Read this – Five tourist centres in Abia worth your presence

Should you elect to base your startup in Aba, the Owerri Airport can serve; if you chose, Umuahia, the Enugu Airport should be handy.

How likely we will recommend Abia State as your startup base: 6/10

Anambra State is arguably the only State in Nigeria besides Lagos where you could travel from one town to another without encountering one single bush. From Nnewi, heading northward, the next town is Nnobi, then then Nokwa, then Neni, then Oraukwu, then Adazi-Nnukwu, up to Awka without a bushy boundary.

Anambra is an urban state. Any of its three principal towns of Awka, Onitsha, and Nnewi can serve as your startup base. The gateway nature of Onitsha, its close proximity to Delta, its access to Asaba Airport and the Anambra Airport in Umueri (when it is ready for flights) means Onitsha can be reached via many routes.

Electricity is also not a big deal in Onitsha. Parts of the city enjoy quality power supply. Plus there is a multi-billion naira market which gives you access to thousands of potential investors. You can also be in one of the handle of towns in Onitsha metropolis.

Nnewi also enjoys the presence of multi-billion naira marketplaces and a sea of potential investors. Electricity is not as stable as Onitsha but its promixity to Onitsha means it can enjoy all the merits of Onitsha without been there.

Read this – Startups heading for the stars in the East

Awka is a university town and a capital city. It is the middle of Enugu, Onitsha, and Nnewi and can effectively network with investors, associates, and clients in these cities. Although, Enugu seems like a country away with Enugu-Onitsha Expressway a total mess (so you can discount Enugu and all its gains).

Renting an office space won’t break your bank in this cities. And internet is largely strong.

Besides Awka, Onitsha, and Nnewi, you can base your startup in Ekwulobia, Agulu, Nanka, the Polytechnic town of Oko, Umunze, Otuocha, etc., and enjoy cheaper real estate charges. You may have to spend more on fuel though.

How likely we will recommend Anambra as your startup base: 8/10

Asaba is a conference and event centre. With beautiful hotels, its central position in the South of Nigeria, a fine airport, Stephen Keshi Stadium that is home to the Super Eagles, a track record of hosting international events such as asaba 2018 Athletics Championship, and its close proximity to the commercial state of Anambra, oil rich Warri, and a large chunk of Edo State means Asaba has one of the best name recognition in the south. 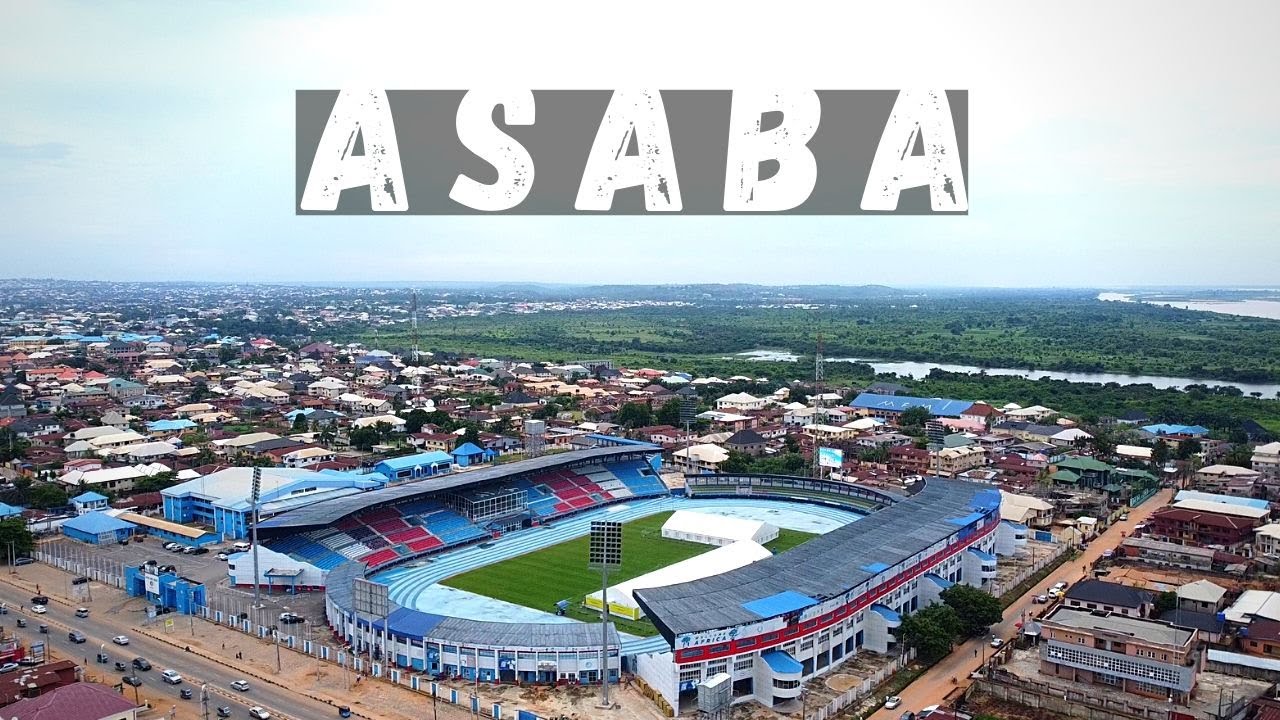 Asaba has relatively good road network, a middle class community, a small but vibrant gathering of techies, inexpensive rentage system for your office or home, plus a government itching to showcase their city to the world.

Read this – Where and where to propose in Asaba?

Asaba is not a bad place to base your startup. Agbor is another place worth considering. Anioma would have rated more if there are other strong places to recommend for a startup base.

How likely we will recommend Anioma as your startup base: 7.5

Ebonyi State is the youngest state in the region and the state with the least population. This is the last thing where Ebonyi is least. Ebonyi State has done well for itself in infrastructures. Roads and bridges are problems for the people, largely. At least, not in the capital city of Abakaliki. Abakaliki is the capital of the state and a university town. It rents its spaces far cheaper than Enugu. Some of its satelitte areas enjoy really good power supply. There is a budding informed and middle class community in the city.

The governor is building an airport but so far, their proximity to Enugu means air access is unhampered.

Afikpo is another town you can set up your startup. Ezza is not bad too, especially with the airport project situated there,

How likely we will recommend Ebonyi State as your startup base: 6.5/10

Enugu State is mostly just Enugu city but the city is worthy enough. Enugu main city enjoys between between 16 and 24 hours power supply per day. We are talking GRA, New Haven, Independence Layout, and areas in the Ogui Road axis. Outside of this, only the industrial town of Emene can boast of quality power supply.

If you must live in the main city be ready to pay high for office space and lodging. You may get cheaper rates outside the city but may have to up your fuel budget or seek alternative power. You may also have to buy water as newer facilities in the city may not be connected with the water board and even the water board are not as reliable as they should be.

Read this – Where to eat the best Abacha in Enugu

Should you choose not to rent an office space, you can get co-working space for a reasonable amount.

Internet is strong in Enugu but you have no reliable alternative beyond the traditional MTN, Glo, Airtel, and 9Mobile. There is a strong tech community in Enugu and you can tap into their wealth of experience. Also, Enugu attracts seminars, conferences, and socio-economic events that could be of help to your hustle, more than any city in Anambra. Enugu State has the only international airport in the region. While its markets are not as big as we see in Anambra, Anambra is less than an hour away.

the University of Nigeria Nsukka town is another place you could set your start up.

How likely we will recommend Enugu State as your startup base: 8.5/10

Imo has Orlu, Okigwe, and Owerri.  I have been to all this towns and I can state with authority it’s basically just Owerri. But Owerri is so big, nay, massive, that it more than makes up for its suburban sister towns.

Owerri has plenty of suburbs. You are in this area and you think that is where the Imo pot is boiling then you get to another section and are awed by its bubbling. One thing you cannot deny Owerri is its feeling of business, busy people everywhere, and there are many people. Owerri is arguably the most populous city in the geo-political region.

Read this – Five spots to propose to your woman in Owerri

Owerri has a busy airport, Owerri has universities and polytechnics and colleges meaning it has a large community of the academia and a massive body of scholars. Owerri has arrays of hotels, bars, joints, clubs, and the general places to unwind. A startup in hospitality and just jollification should not be based anywhere else.

Owerri has bad road net work, budding traffic situations, and a government that does not have the people’s mandate whose confrontation with IPOB, overblown by the media, has the potency to scare lily-livered investors. 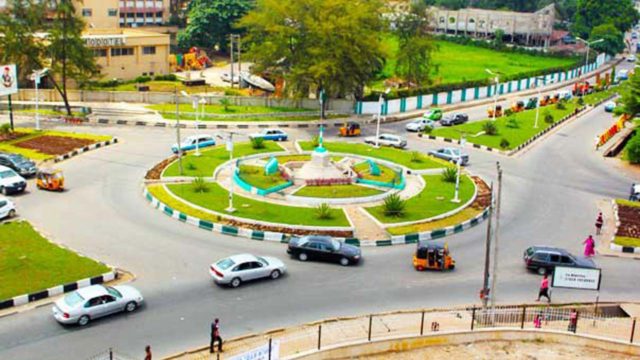 But the poeple who live in Owerri have found ways to navigate these grey areas; you too can.

Owerri’s friendly closeness to Port Harcourt and the commercial capital of Abia State, Aba, is a big plus. Okigwe, Orlu, Aboh Mbaise, Oguta, Mgbidi, Nkwerre are some of the other places you could consider to set your next Snapchat idea.

How likely we will recommend Enugu State as your startup base: 7.5

Popular Pastor Whose First Fiancée Called Off Their Wedding, Gifts His New Wife An SUV Car For Her Birthday