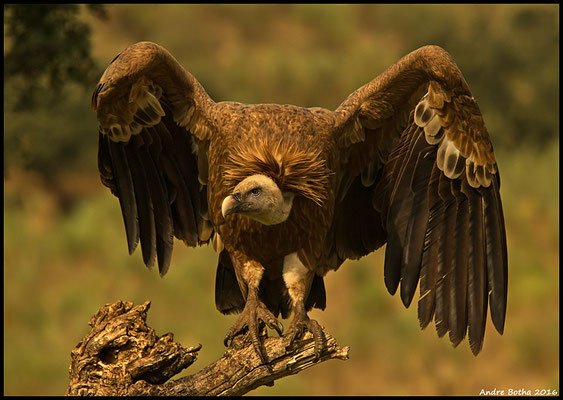 A vulture has been blamed for a motorcycle crash that killed a couple on a rural road in southern Kansas, authorities said.

According to Yahoo News, Brandon Husband, 42, was riding his Harley Davidson motorcycle on Saturday afternoon with his 43-year-old wife, Jennifer, on the back when the scavenging bird of prey emerged from a nearby ditch and struck him in the head.

The collision caused the bike to swerve off the road and crash into a barbed wire fence before overturning, according to the Kansas Highway Patrol.
Brandon was pronounced dead at the scene along River Road, some 13 miles of the town of Medicine Lodge, 75 miles southwest of Wichita.

Jennifer was taken to a hospital where she died hours later.

Neither was wearing a helmet, according to the highway patrol.