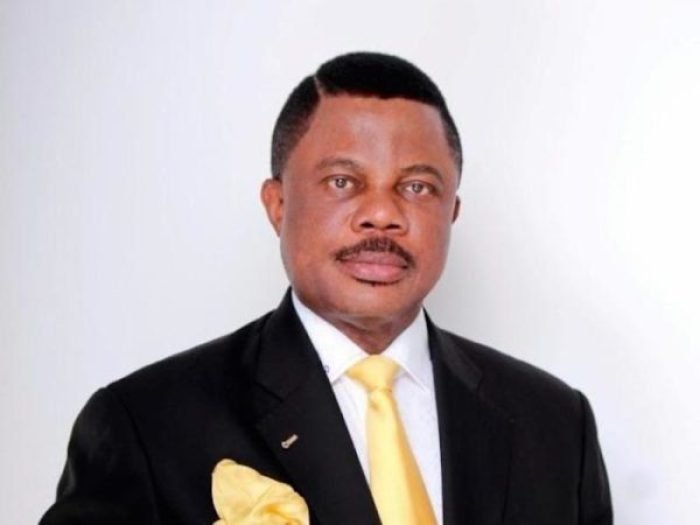 -I re-assure you of the commitment of my administration to security of lives and property in the state. Anambra State under my watch would by the grace of God, continue to be the safest state in Nigeria.”

The Anambra State governor, Chief Willie Obiano has assured that recurring crisis being experienced between cattle herdsmen and indigenous farmers in Nigeria was being tackled by the federal government.

Obiano who spoke during the celebration of a Eucharistic mass to mark the beginning of the celebration of the 59th independence anniversary of Nigeria at St Patrick Catholic Cathedral, Awka, Anambra State said government was working and that it would be a thing of the past soon.

He called for prayers from the church, and cooperation from Nigerians in the area of fulfilling their obligations.

“I urge you all to pray for the leaders of this country to succeed, as well as play your own part in making the country succeed through prompt payment of taxes, for the betterment of the state and country.

“We prayed that soon, the issue of herdsmen attacks in Nigeria, would be a thing of the past.

“I re-assure you of the commitment of my administration to security of lives and property in the state. Anambra State under my watch would by the grace of God, continue to be the safest state in Nigeria.”

Earlier, while delivering the homily, the Catholic Bishop of Awka Diocese, Most Rev Paulinus Ezeokafor charged Christians to strive to change the society for the better. He called on them to challenge the world’s conscience, its value system and paradigm.

He pointed out that governance should be for the common good of the people, while charging government officials at all levels to live up to the demands and expectations of the office they occupy.

The Bishop called all, especially the politicians to guard against what he described as stealing from the poor, and in turn, using the proceeds of theft to manipulate the poor.

He condemned the rate of insecurity in the country, and flayed the Federal Government for not taking drastic action to curb the menace of Fulani Herdsmen attacks.

“It appears the Federal Government value mere cows more than human beings, and as such had failed in addressing the many attacks and killings of innocent persons by the suspected Fulani Herdsmen,” Ezeokafor wondered.