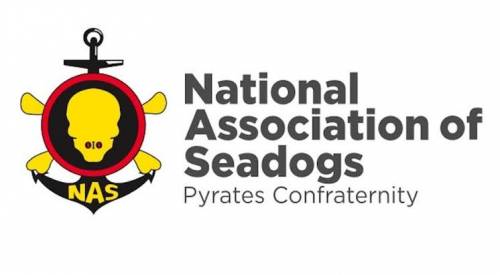 The National Association of Seadogs (Pirates Confraternity) has warned security agencies against extrajudicial killing and harassment of innocent Nigerians in the course of fishing out those responsible for the killing of security personnel and attacks on security formations in the South-East and South-South.

There have been multiple attacks on security formations and security personnel in the South-East, while Akwa- Ibom and Rivers States have been affected in the South-South.

The NAS Capoon, Mr Abiola Owoaje, in a statement titled ‘The Growing Tempest in East & South,’ said it is important “that the security services do not engage in presumption group-blame, collective punishment, and extrajudicial killings in the course of investigating these crimes”.

Owoaje pointed out that such “unbridled illegalities and high-handedness will only go to further alienate local communities, and deepen the antipathy that already characterises the relationship between them and law enforcement agencies.”

The Association, while strongly condemning the attacks and killing of security personnel, condoled with the families that lost loved ones and urged the government to do everything within the confines of the law to get the perpetrators and bring them to justice.

According to him, NAS is disturbed that the insecurity in the two regions has further exacerbated the deteriorating security situation in the country.

Owoaje called on the government to move swiftly, and with unaccustomed competence and diligence, arrest the current climate of insecurity across the two regions.

The statement read in part, “This gradual slide into anarchy in the South-East and South-South regions has the potential to expand the number of ungoverned spaces in Nigeria, further stretch our security apparatus, and engender devastating social and economic consequences for the country as a whole.

“We urge the security agencies in the two regions to resist the temptation of seeing themselves as a force of occupation out to subjugate the people and unleash terror among the teeming law-abiding citizens. They should approach their task with a sincerity of purpose, and rein in the criminal elements intent on foisting terror and bloodletting. Evidence abounds of previous overzealous interventions by security agencies which have aggravated insecurity in the two regions rather than contain the same. Unprofessional conduct and prejudice from those entrusted with such operations must not be tolerated.

Referendum Or Presidency? What Do The Yorubas Want?

“The government and security agencies have a constitutional duty to protect the lives and property of the peace-loving residents of the two regions from harm. “No innocent Nigerian should be harassed, intimidated, or made to suffer under any guise of combing for suspected criminal elements in the South-East and South-South regions.”

Biafra: Igala will Never Be Part Of You – Group To Nnamdi...